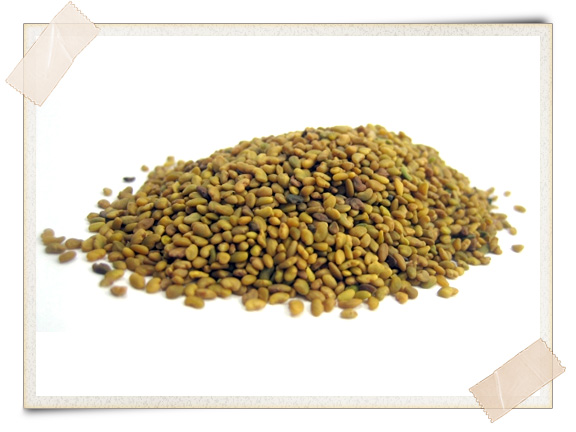 As a representative of AGC, I want to express our concern regarding the recent decision by the US Secretary of Agriculture, Tom Vilsack, to allow unrestricted planting of genetically modified alfalfa. A Growing Culture does not support the use of genetically modified organisms (GMO) in agriculture. We understand the pressure that researchers feel as they try to feed a growing population, but there are more practical ways to go about it without jeopardizing the biodiversity of cultivars all over the planet.  As proponents of ecological agriculture, we know that by changing management systems to work with the natural biotic and abiotic cycles, more food can be produced with fewer inputs and less pollution. We must stop trying to find ways to make up for improper management.

A good example of this is the GM “Enviro-Pig” developed by the University of Guelph in Canada. This research aims to address phosphorus pollution issues in hog production. These animals are genetically modified to produce an enzyme in their saliva that digests phosphorus sources in feed grains that would normally be excreted in the animal’s waste. The only reason phosphorus is even considered a pollutant is because of our industrial hog production model. As phosphorus is a key element to all living things, having access to it in animal by-products is a great on-farm source of fertilizer. When managed properly, hogs should be able to distribute their own fertilizer, or it can be a productive addition to composting systems. On-farm nutrient cycling is the key to waste management, not genetic modifications. This of course depends on diversification within agricultural operations, which we believe is the first step towards a more sustainable agriculture. The “Enviro-Pig” is awaiting FDA approval in the United States.

Not only are GMOs a way to avoid taking responsibility for poor management trends, but they also pose a direct threat to a number of farming operations. Economies of scale in industrial agriculture have created a price structure that no longer represents the true cost of food production. The pressure to maximize yields to increase an already narrow profit margin has forced many growers away from the hardy and dynamic open pollinated plant varieties that have evolved over millennia, require minimal inputs, and are more nutrient dense. As if that weren’t enough, those that remain, are now threatened with patent infringement. Cross-pollination has always been, and will always be, a vital part of plant biology, and now we are trying to prevent it. Cross-pollination by GM crops is unavoidable and it threatens the integrity of organic and non-GM conventional crops. Alfalfa growers may be particularly at risk due to the role of insects in the pollination process.

The turning point for GMOs was the Supreme Court decision in 1980 to cover “a live, human-made microorganism” under patent laws. This created the opportunity for biotechnology companies to profit off of the seeds they develop, and they have done just that. For 2010, Monsanto projected $5.2 billion in gross income from seeds and traits. Large profits are accompanied by an increase in debt for farmers all over the world. In India, a national push to adopt GMO technologies has led to the abandonment of native varieties in many areas.  Lacking the capitol to invest in the new seeds, but with promises of higher yields and profits, Indian farmers are sinking into debt. Farmers are now even more dependent on their yields, so they have enough income to buy new GM seeds every year. For many of these farmers, yields are not high enough. For many others, crops are failing. Suicide rates continue to rise in farming communities all over India.

As far as the economy goes, don’t be surprised if there is an increase in the price of organic animal products in the next year. Alfalfa is a common protein source for livestock producers, and is one of the most valuable crops in US production. A simple supply and demand relationship shows that as the supply of non-GM alfalfa goes down, the price per ton will increase (assuming the demand remains constant). With the common trend of narrow profit margins, it is unlikely that organic livestock producers will be able to absorb the increased cost of inputs. Therefore, the consumer should see that increase. Many producers may end up looking to foreign markets for more competitive prices, moving farther away from a safe localized food system.

The intention of this article is not to polarize the issue of GMO usage in agriculture. Nor should any farmer feel a need to defend his planting of GMO varieties. The system that we have created forces producers to squeeze as much as they can out of every acre.  Until we begin to replace the industrial system with sustainable agricultural practices, and the price of food begins to truly reflect the cost of production along with a decent return to management, GMOs will continue to dominate agriculture. The best we can hope for at this time, is for the USDA to recognize the demand for organic and non-GMO products, and regulate the planting of GM seeds to allow for this demand to be met. GMO technology is already in the system, and the effects of that are immeasurable, but the freedom to grow crops without the fear of GMO infiltration should be a basic right for all producers.

Please support Prince Charles in his effort to promote sustainable agricultural development in India through the Bhumi Vardaan Foundation.