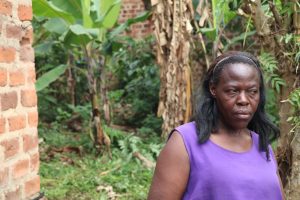 Tall stalks of golden amaranth grow as weeds along the roads in Kikandwa, Uganda. Several years ago, Margaret, a lifelong farmer, came upon this familiar but new plant (traditionally, black amaranth is cultivated for its leaves by farmers in the region). Intrigued, she collected some seeds and, once home, realized that this golden variety of amaranth produced seeds that were much larger than the black variety. She began planting golden amaranth on her land. After much experimentation, she found that the crop grows best, builds the strongest roots, and produces the most seeds when planted in rows of raised-bed nurseries. She also observed that clipping only a few leaves at a time from each plant allows the plant to mature so seeds can be harvested. After harvest, she established her own method for separating the seeds from the husk and a sifting technique.

Margaret has developed many uses for seeds including eating them whole; popping them like popcorn; creating a light powder that she mixes with water or tomatoes to make a porridge and stew, respectively; and creating a darker powder that, when added to water, makes a tea.

Margaret began packaging and selling these products locally. They were selling so well she couldn’t keep up with demand. She has now begun selling her seeds to other community members to cultivate and buys back the harvested seeds to processes and package. Margaret then sells her products to local and regional communities, churches, and at farmer trade shows.

Learn more about this farmer innovation (documented as a joint project by A Growing Culture, InsightShare, and Kikandwa Environmental Association) here. 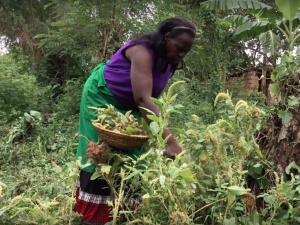 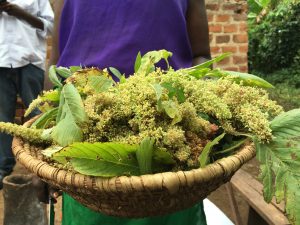 There are countless benefits of Margaret’s amaranth innovations. By adding these seeds to their diets, the locals are fighting malnutrition (amaranth seeds are a good source of protein, calcium, magnesium to name just a few). Margaret’s business has also created jobs in her village and strengthened its the economy. With more community members growing the amaranth, they have further diversified their crops, which helps protect against losses from unpredictable weather, pests, and more. Margaret and her family have also benefitted greatly from the innovation. With a thriving business, they have been able to invest in building a new family home.