An Overview of Organic Agriculture in the United States: Part 1: What it Means to Be and Buy Organic 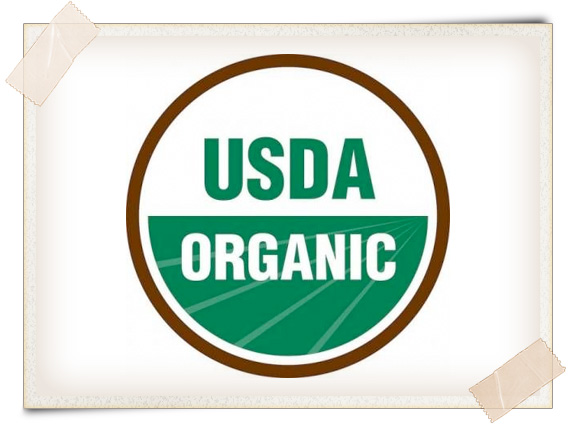 An Overview of Organic Agriculture in the United States: A Three Part Essay Series

This series of essays will focus specifically on the USDA National Organic Program (NOP). Certified organic is a frequently discussed topic in the world of agriculture. Nearly everyone I’ve talked to has a very strong opinion on the matter, and the disparity amongst these opinions is worth taking note of. It’s fascinating to learn the reasoning that leads people and advocacy groups to feel the way that they do about ecological agriculture, certified organic agriculture, and the USDA certification program. During this discourse I have often found that some of the more passionate stances are relatively unfounded – based on misconceptions and misunderstandings of ecological/ organic agriculture and the federal oversight of the certification process. I aim, in these three parts, to provide a more grounded understanding of the USDA National Organic Program and some of the implications that has for promoting ecological agricultural practices and values. The essays will be organized as follows:

Part 1: What it Means to Be and Buy Certified Organic

Organic has become one of the buzz words in food and agriculture in the early part of the 21st century. Consumers know it and often seek it out despite higher prices. In the farming community many revere and swear by organic production while others question it’s ability to feed the masses. Regardless of feelings, organic agriculture is just one of the many aspects of the ecological agricultural movement that is sweeping the globe. At the same time organics have been put into their own class, so to speak. The word organic and its use have come to the attention of governmental agriculture departments in many nations. In the United States the establishment of the “Organic Foods Production Act of 1990” was created for the following purposes:

It wasn’t until 2005 that regulations were established to guide the attainment of these goals in the form of the USDA National Organic Program (NOP). However, certain agencies like International Certification Services and Oregon Tilth have been certifying organic farms by their own standards since the late 1970’s. Only since 2005 have organic farms been inspected and certified to the USDA standards, granting the USDA power to decide what are and are not acceptable means of organic production. As many know, organic agriculture and organic food processing are production systems that intend to exclude the use of chemical inputs. This stands contrary to conventional agriculture, which is a high chemical input intensive system, but a definition is rarely adequate when it only tells you what something is not. What does it mean then for both the producer and consumer when a product is labeled as certified organic?

It was once told to me that the only difference between an ecological farmer and a certified organic farmer is record keeping — and a $2,000 check. There is great truth in that statement. Many have questioned the need for federal regulation of organic food production and distribution, and the people questioning this need generally fall into the category of one type of farmer – the farmer who is pursuing ecological agriculture for ethical reasons related to protecting human and environmental health and safety. However, the need for regulation is supported by the economic climate of the world in which we live and perhaps too by individual farmers or farming conglomerates acting contrary to the farmer mentioned above.

Organic food costs more to produce than conventional agricultural products. In organic production every chemical input that a farmer eliminates or forgoes is replaced with either an input approved for organic production (almost always more expensive than conventional inputs) or manual labor. Therefore, based on production costs, organic food has a higher retail price. One could also argue that ecological agriculture systems produce food that is of higher nutrient value than conventional system production. Potentially higher nutrition combined with the elimination of herbicide/ pesticide residues on crops and chemical preservatives in processed foods contribute to an even higher market value for organic foods. So we have a situation where certain foods bring a higher dollar amount back to the farmer, but on the consumer’s end, how does one ensure that he is getting what was paid for?

While many of the people that are operating certified organic farms are in it solely for ethical reasons, it is thought that just as many farmers are certified organic for the sole purpose of increasing revenue. Realistically most certified organic farmers are attracted to both sides of running an organic operation, wanting to produce food in an ethical fashion while simultaneously earning greater capital. Without the certification they would not be allowed to sell their products as organic, and regardless of the motivation to seek out organic certification for their farming operation, once earned, a farmer must keep stringent records in order to maintain the certification. Anything from input applications, seed purchases, equipment cleanout, harvest/ sales records and more must be documented in the organic system plan, and this documentation must be kept for at least 5 years of organic production. On the one hand these records help to prove that organic integrity is maintained from seed to sale. On the other hand, constant documentation allows the organic inspector to perform a traceability audit, which is key to the operator earning an organic certification. Yet, this audit is the only way that an inspector (acting as the 5 senses for the certification agency) is able to guarantee that only foods produced organically were sold as organic. The record keeping protocols are necessary to ensure the authenticity of the product. For example, the rates of dishonest distribution are quickly diminishing in the United States, certified organic farmers have been know to sell conventional agricultural products as organic. This is unfair to both producers and consumers alike and greatly discounts the inherent value in progressive food production systems.

Consumer protection is a very important part of the world marketplace, and it is also built into the National Organic Program. Unfortunately we cannot rest responsibility for protecting consumers’ interests on the shoulders of producers. That’s why regulation agencies have stepped in to help guarantee the safety of products that are purchased en masse, every day, around the globe. This, in turn, has led to the comfort of the consumer becoming a priority in the marketplace, especially in the United States. In other words, if something is on the shelf for sale, ordinarily consumers should not be concerned for their own safety if the product is used as it is intended. This mentality prevails in the grocery store as well (or any other place you buy food). In this regard, the reason for regulation of organic food production is two-fold. Some form of oversight is necessary in order to ensure consumers that when they pay a higher price for organic food that they are actually getting organic food and not a conventional product. Only through an inspection and certification process is it feasible to build this kind of consumer protection into the organic food market. In addition, the federal government sees it necessary to regulate all interstate commerce to a certain level of consistency. Many products that are bought and sold across state lines are subject to federal regulation in order to guarantee quality and safety. Transportation fuels are the first that come to mind, but many food products, such as dairy and meat, are subject to strict processing guidelines that are overseen by the USDA or FDA prior to their distribution.

As it relates to organics, without federal guidelines standardizing what qualifies as organically produced food, individual certification agencies could easily place divergent requirements on producers in order for them to secure their organic certification. This would result in many inconsistencies in acceptable production methods of organic foods across the nation. Thus, for better or worse, we are living in a world where the USDA regulates the use of the word organic. Interestingly though, the FDA, not the USDA, regulates all other food labeling. Consumers every day are misled by words such as natural, cage free, or free range, but this raises little or no concern within these same federal regulatory agencies. How can it be that the USDA has taken such a strong stance to regulate the use of the word organic, but they have allowed many other misleading marketing strategies to go by the wayside?

It is true that one must choose their battles wisely, and that case could be made for the USDA in this instance. However, there’s a simple explanation for this contradiction – money. The organic food industry grosses over 25 billion dollars a year. “Except for 2009, the organic industry has experienced double digit growth- often over 20 percent- annually for over a decade”  (The Inspector’s Report Vol. 20). This is not to say that the federal government did not harbor a genuine desire for consumer protection, but an opportunity was recognized that allowed for a higher revenue stream. The NOP is a program that essentially guarantees the USDA’s stake in the organic food market, very similar to obtaining a copyright. Inevitably this certification process costs more money than it would have prior to federal cooptation of regulation, for which the most justifiable trade off is a consistency in production standards across the nation. In many ways the heart of the USDA was in the right place when the decision was made to standardize organic agriculture in the United States. However, it has committed itself to advancing this kind of progressive agriculture for reasons based on economic self-interest above all else. This mentality is contrary to the primary goals of ecological agriculture, which are to promote systems of agricultural and ecological vitality and sustainability with economics being only part of the equation.

Ryan is employed at Hickory Nut Gap Farm in Fairview, NC. He also works as a certified organic farm inspector in addition to growing and selling produce out of his home garden.