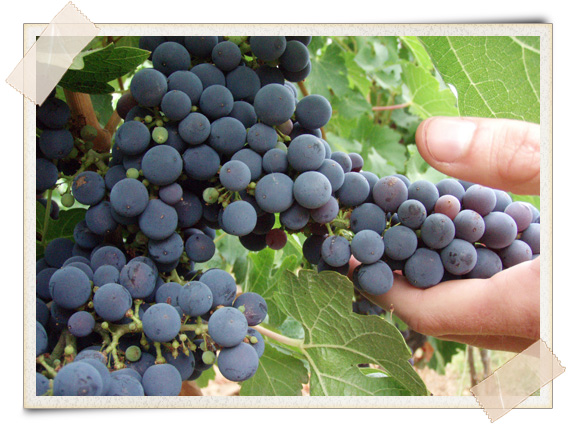 As the bus began to veer off of the Panamericana highway between Santiago and Puerto Montt we began to find ourselves in vibrant wine country. The rolling hills full of vineyards and different forms of subsistence agriculture made it clear that we were in a place where most people grew their own food, raised their own meat, and relied on each other for the goods they needed but could not otherwise produce. In rural South America, a region untouched by NAFTA, CAFTA and the common stains of a globalized agricultural  system;  people live in communities, help take care of each other, and the results in health and happiness are obvious. Continuing down the Eucalyptus lined dirt road we passed families in horse-drawn buggies, meandered through cattle drives until we found ourselves at the entrance of Rodrigo de Toro Alexandar Organic and Biodynamic Vineyard, San Giraldo. 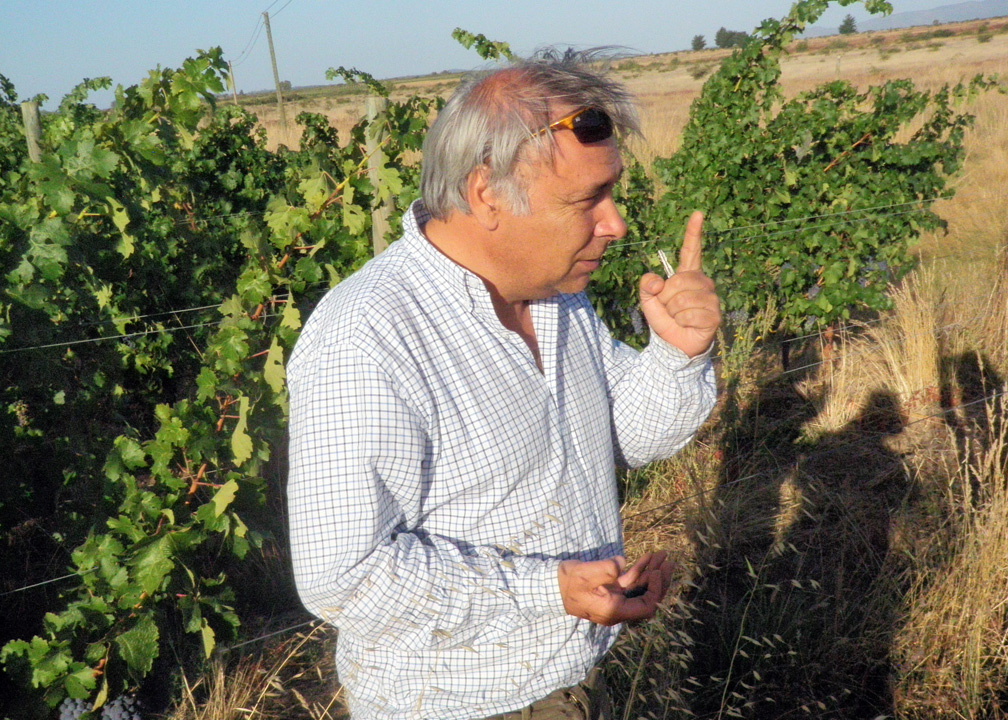 Rodrigo has lived on Vineyards his entire life, and the knowledge he possess about grapes, the land needed to grow them properly, as well as the ins and outs of Chilean wine production made it clear that this was his passion and he was living his dream. Though he has spent his entire life on vineyards, it was not until 2006 that Rodrigo purchased this 100 hectare or ~250 acre vineyard in the rural grape growing town of Cauquenes, which at the time consisted of rolling grasslands only to have seen cattle and never a chemical additive. Due to the decades in grassland without irresponsible cattle management, the soil here is a beautiful dark sandy loam, rich in nutrients, according to Rodrigo. Another factor that makes this region special is the accessibility to the water table and its supply of large quantities of pristine clear water. His land had never seen any inorganic fertilizers, pesticides, or herbicides applied, so becoming Organic was a piece of cake. However, before we discuss Rodrigo’s Organic methods, a little about Chilean Wines. 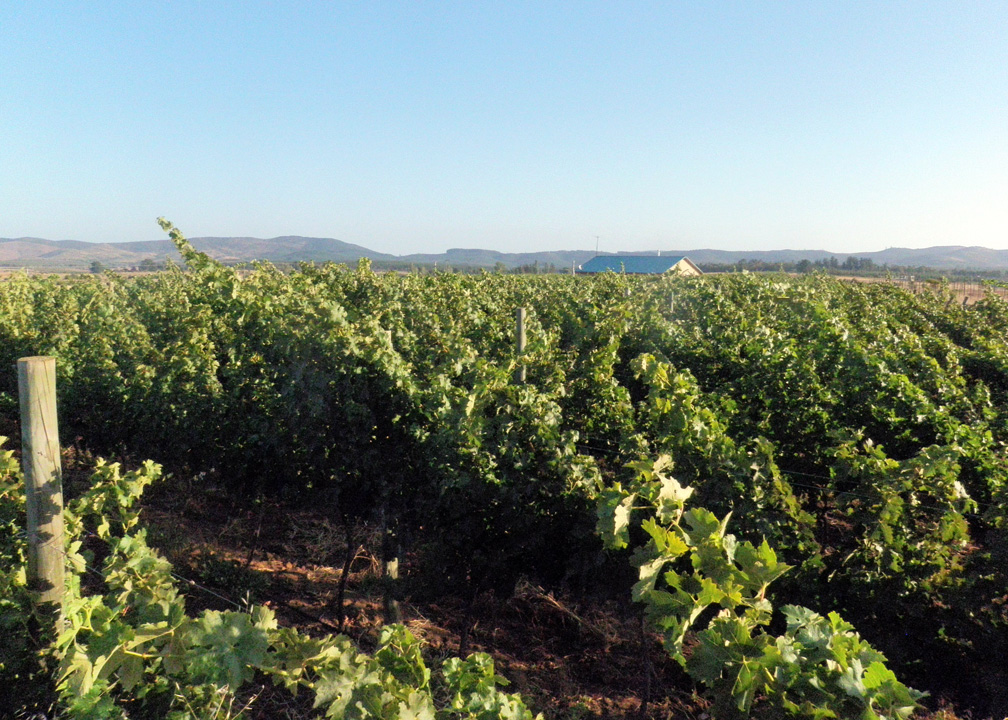 The majority of vineyards in Chile only sell grapes; in fact, there is only one Vineyard in Cauquenes that produces its own wine to sell. Now of course every Venter produces some wine for their own cellars, it would be ridiculous not to, but the vast majority of growers simply export their grapes to a hand full of central valley wine cellars who in turn export the bottles of wine throughout the world, making up the popular labels we know in the USA and throughout Europe. This is the same with Rodrigo, every year a buyer from the Central Valley comes and looks at his grapes and decides which grapes to buy, while giving him details about what they want to see more or less of as the wine producers. Fortunately for Rodrigo, his grapes are generally quite good; he says this is due to the cold and windy nights in this region that “put a jacket” on the grape, or make the skin thicker. According to Rodrigo, the majority of flavor in wine comes from the skin, while the flesh of the grapes provides sugars. So, with colder nights, each grape gains a thicker jacket and a bolder flavor. Another point Rodrigo wanted to make clear is that the region of Cauquenes is like a “grape growing island” with the dry Atacama desert air in the North, shielded by the Andes in the West and the moist sea air of the Pacific just East, with the finishing touch being Antarctica to the South which delivers cold air for the jacket from the icy Peruvian currents flowing South to North, the same reason you will find penguins in the tropical islands of the Galapagos.  All of the grapes in Chile came here hundreds of years ago through European import, and Rodrigo grows a number of these grapes such as the popular Cabernet Sauvignon and Chardonnay as well as more regional grapes like Carignan and Carmenere, a bold earthy wine great for finishing off the evening with a charred grass-fed steak and vinaigrette based salad of paltas, pepinos, and tomates (cucumbers, avocados, and tomatoes). According to Rodrigo and other wine enthusiasts we met, Chile is leading the way with Organic wine production and exporting, not only in South America but in the world; so, what sets San Giraldo apart from other Vineyards in the region?

Rodrigo’s love, appreciation, and staunch requirement for organic production comes from his desire to prevent ‘excusado y toxico’ or unnecessary and toxic chemicals from entering our bodies as well as excess sulfates, a byproduct found in the skin of the grape which can cause discomfort to some wine drinkers. What is especially unique about San Giraldo is that he has a Biodynamic section of the vineyard growing Cabernet Sauvignon, and not only produces the grapes with Biodynamic practices but also is Biodynamic certified. In 2009 Rodrigo wrote up every detail about the vineyard in a large paper and was approved by Demeter International. He is very serious about 500 to 508 the Biodynamic preparations and never misses a preparation date with all details being carried out to perfection according to the calendar. Another point that he reiterated was the fact that to be biodynamic, animals must be involved in the operation.

He has turkeys that run throughout his vineyards. They eat pesky insects, spread their manure, and by the time the vines are old enough to produce fruit, they turkeys cannot reach the grapes. His vineyard is still in the establishment phase and he is trying to establish as many other types of plants as possible. For a landscape consisting predominately of one type of plant, his vineyard represents biodiversity. He allows native plants to grow between the vines and has turkeys running about; the diversity is a point that he wanted to make clear.

He claims that the preparations are far more important than the labor afterwards, and believes all success in the biodynamic section of his vineyard is due to his accurate replications of the biodynamic preparations and timely application of them and other plantings. In fact, the vines growing in his Biodynamic section are so large and robust that they were producing way more fruit than the other sections of his vineyard. He claims the most flavorful and best wine clearly came from this section. One desire of grape buyers is to see little fruit on the vine, and the culling of small and excess grapes trying to grow is a common practice. This is to assure that all energy is focused on the main bunch of grapes assuring quality. 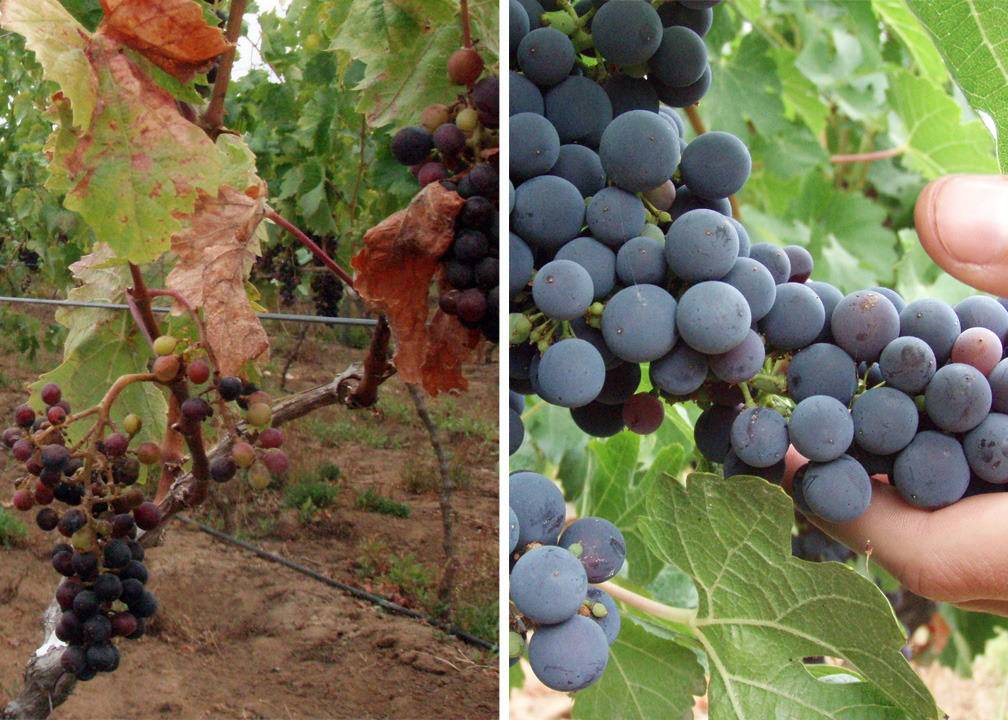 With that said, in 2010 when his grape buyer came to the vineyard he told Rodrigo that the Biodynamic vines are producing too much and that he needed to do whatever he could to have them produce less in order to assure quality. So, with the desire to please his buyer, he backed off preparation additive amounts for only half of his Biodynamic section as a test. As you can see from the pictures these vines were not only producing less fruit but also the fruit that was there looked inferior to the other grapes. He just laughed when I asked him what he thought about the buyer’s opinion. I think it is clear what strategy he will employ for the following growing season.

His annual labor help comes from a WWOOF employee who stays at the house and helps with the season’s preparations and other tasks around his garden. He also has a family who lives on the vineyard and the father of the family manages most general labor tasks of the vineyard such as tractor work and the production of ‘carbon’ or charcoal, another export of the vineyard. The carbon is produced in hand made clay cylinders that resemble a honey bee hive and allow just enough oxygen to enter so that the fire does not go out but not enough oxygen for the wood to burn. The result is dark charcoal that is natural and burns incredibly! During the harvest he employs 100 local laborers who harvest all of the grapes from the 5000 bushes in one week. His household organic garden consisting of mixed vegetables and fruit trees has a large raised bed 1×4 meters and 1 meter high where he dedicates his time to his ‘humos de lombrisos’ or vermicomposting. Every biodynamic plant vine receives at least 5 worms at the beginning of the growing season without compromise. This is the pattern of San Giraldo, no compromise. 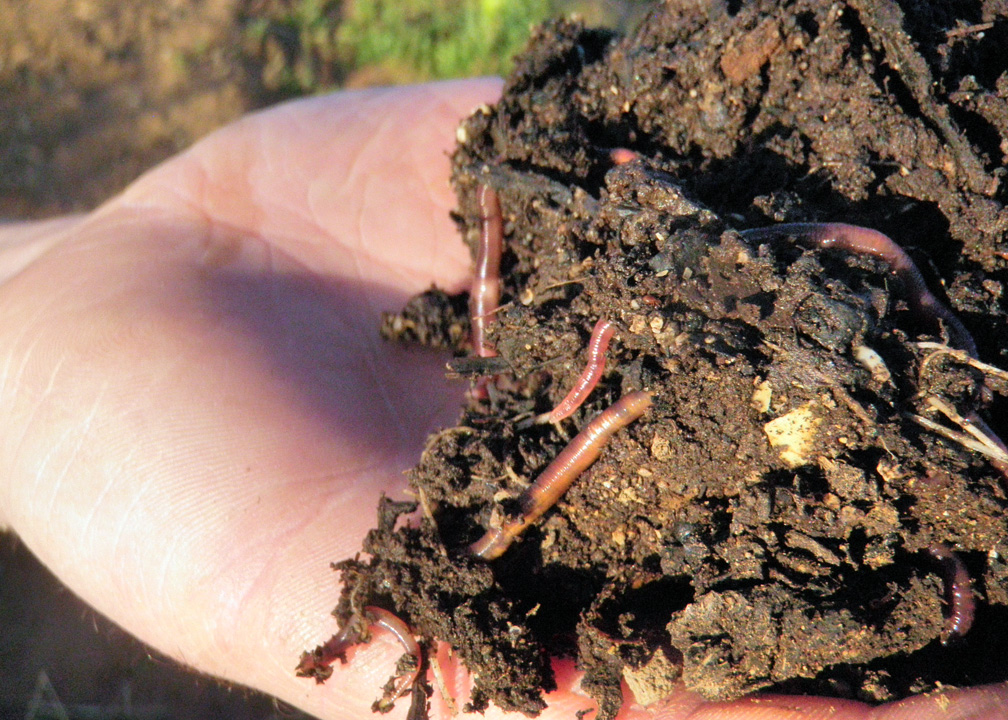 As the day came to an end and the cold air began to blow, we took refuge in his house to prepare a dinner of organic vegetables and chicken, all while enjoying the fruits of the vineyard. Throughout the evening, as we communicated in the best Spanish we had, Rodrigo explained to us biodynamic theories such as the analogy that explains how plants are similar to humans, just inverted, with their brains in the soil, growing upward to the final point of the seeds and flowers for reproduction; and, as many of us know and agree upon, he said, the most important part is the soil. Like our minds, feeding the soil and treating it with care and respect will result in vibrant offspring and the continuation of good. So, where does wine fit into the equation of organics and biodyanmics, other than being a forum to produce something biodyanmically? Well, as the night continued and we found ourselves immersed in deep biodynamic theory and the teachings of Ruldof Steiner through the eyes of a Chilean vintner, my thoughts returned to slow food, heartfelt conversations, and the community that resolves around meals. In agriculture we must enjoy the fruits of our labor, and what better way to do that then with others, around a warm meal, talking about the day.