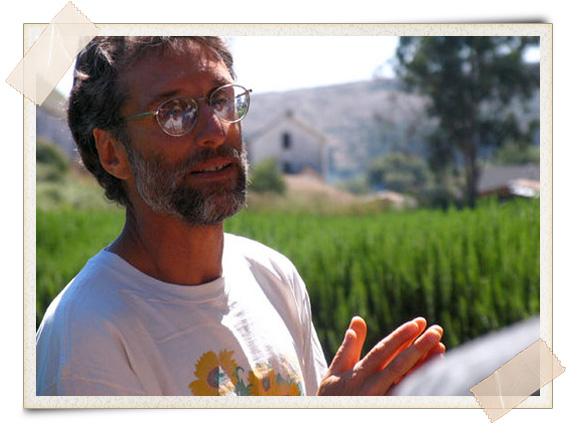 A statement from Larry Jacobs:

The New York Times recently published an article that erroneously implied organic farmers in Los Cabos are growing unsustainably. The article included many statements about both water use and the impacts of organic farming in the area that are just plain wrong. The Del Cabo cooperative is recognized internationally as a model for organic farming and sustainable development. Given the tremendous population and tourism growth in Los Cabos in recent decades, the small family farms supported through the Del Cabo cooperative are arguably an environmental bright spot in the area.

In her recent article about water scarcity and agriculture in Mexico, Times reporter Elisabeth Rosenthal wrote in broad strokes about the availability of water throughout the Baja Peninsula. The article blamed organic farming for over-taxing aquifers in the region. While it is true that – as in much of the world – demand for water outstrips supply in Los Cabos, the demand comes from many sources, and organic farming is not the biggest user by a long stretch. The best data we could find shows that the urban/tourist sector accounts for 69% of water use in Los Cabos, compared to agriculture at 28%. (Source: CNA, Gerencial Estatal, Baja California Sur, México.  Prepared by Alva R. Valez A.)

The tourism industry has boomed in Los Cabos since 1990. What was once a sleepy community with pristine beaches and a population of 10,000 is now home to more than 200,000 residents, including many who live in shanty towns, working at luxury hotels that cater to foreign tourists. These resorts have more hotel rooms combined than there are organic farmers in the whole of the United States.  Twenty lush green golf courses and dozens of swimming pools sit where sand dunes and cactus once watched the ocean tides rise and fall.

With regard to water use in organic farming, the author lumped the Los Cabos region in with the rest of the Baja Peninsula and California when she was discussing water shortages. Water is a huge issue from San Francisco to the tip of the Baja. Los Cabos (at the southern end of the Baja Peninsula) relies on a different aquifer than does regions to the north. While some of what was reported about agriculture over-using groundwater in the northern peninsula is accurate, the majority of produce in that area is grown conventionally. In Los Cabos, where organic agriculture dominates, small farmers like Del Cabo cooperative members use less than the water allotted to them and get the most out of every drop through advanced irrigation equipment and a holistic approach to soil management. Water shortages are not a major issue for these farmers.

Rosenthal’s  article dismisses the enormous benefits of organic agriculture and implies that organic practices are not sustainable. Organic agriculture builds soil fertility and manages crops without the use of toxic and persistent pesticides and synthetic chemical fertilizers. The article touts the benefits of eating locally, which is a sentiment I support. But it oversimplifies an incredibly complex issue in a way that is likely to leave readers misinformed about how to consume produce in a conscious and responsible way.

Buying local produce has its benefits but local fare may not be organic. The use of persistent toxic chemicals and chemical fertilizers have far-reaching health and environmental consequences. Anyone truly concerned with the environment must weigh the costs and benefits of not only where but how their food is grown before making broad statements about the unsustainability of organic agriculture.

Del Cabo farmers plant cover crops to replenish soils; practice crop rotation; encourage insect habitats; use micro-irrigation to reduce water consumption; reuse field containers for harvest; pack in the most recycled plastic in the world; and consolidate their produce to minimize transport impacts, whether in the belly of planes returning from dropping off tourists or by maximizing truck loads. In addition, in Los Cabos, families are lifted out of poverty by participating in a company they own.

We celebrate that organics have spread from the White House garden to Patagonia and that we can now enjoy off season treats and non-local fare like coffee, chocolate, avocados and even cherry tomatoes.  We applaud eating close to home but in the middle of winter, it’s a lot more sustainable to enjoy a Del Cabo cherry tomato and support small-scale Mexican farmers than it is to fly to Cabo for a winter reprieve.

I worked with local farmers to establish the Del Cabo cooperative in 1985 with the goal of improving their quality of life while establishing sustainable farming practices. More than 25 years later, we’ve seen hundreds of farming families achieve economic security without placing undue stress on the environment. While their counterparts toil for poverty wages in neighboring hotels, our farmers earn enough to live a comfortable lifestyle in an area where their parents and grandparents once survived on subsistence farming.

These small farms have transformed the lives of thousands of people who today make a decent living, grow and eat their own organic food, and no longer feel compelled to make the dangerous trek across the border to support their families far from home. At Del Cabo, we believe these farmers are the picture of sustainability. It’s true that our world is facing a growing water crisis in which supplies are dwindling due to climate change and populations are booming. As we begin to make the hard choices about where to dedicate our limited water supply, organic farming should remain a priority. It’s one of the most sustainable investments we can make for the long-term health of people and our planet.

To learn about Del Cabo farmers and their products CLICK HERE