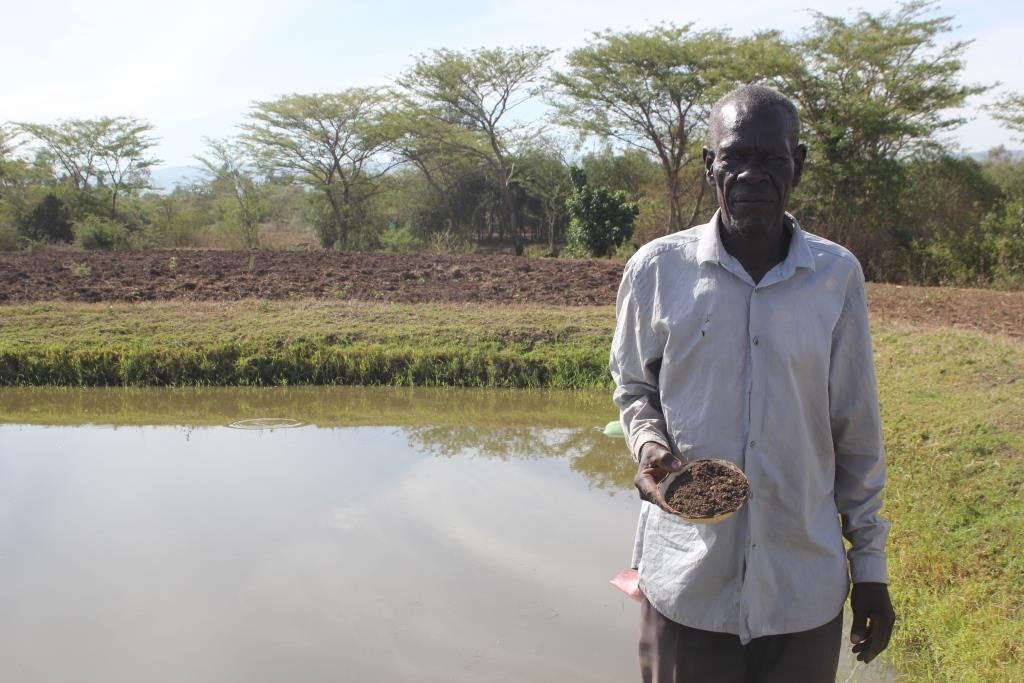 Growing up on his family farm, John and his 11 siblings helped his parents with a variety of tasks. Typical days included plowing, planting, and tending to the livestock. John’s favorite activity was heading down to the marsh with his father and uncle. Here, they fished using traditional spears and baskets, catching mudfish and other varieties. However, the spears were too dangerous for a young boy, so John would watch from the shore. Always curious, he often wondered how the fish fed themselves in the muddy marshes (he was used to feeding the livestock his family kept). As he grew older, his questions increased. He began to wonder: Could he create his own fish meal and raise fish on his property? Once he was old enough, he began experimenting to find out.

After some trial and error, John successfully developed a fish meal formula. He combines a variety of dried plants and herbs–including spinach, amaranth leaves and seeds, and sukuma wiki (hearty greens such as kale and collard greens). Then, he mixes in cow dung, packages it in sacks, and throws it into his pond for the fish to feed on. Although the fish grow slowly on this fish meal, they are healthy and as tasty as the lake fish. 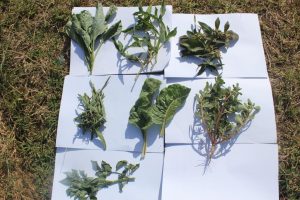 AGC documented this innovation in collaboration with the Farmer-Led Innovators Association, Kenya (FLIA-K). Read more about the documentation project here.

By using resources he found around his farm, John is able to keep the production costs for his fish meal low and the profits high. John has seen so much success that others in his community have constructed their own fish ponds and are buying his fish meal.

The low cost of inputs means that John can sell his fish for a reasonable price and still make a good profit. By offering his community an affordable and healthy food option, he has helped improve their food security and nutrition.

“These fish farms are my life. They have helped me support my family and educate my children.”