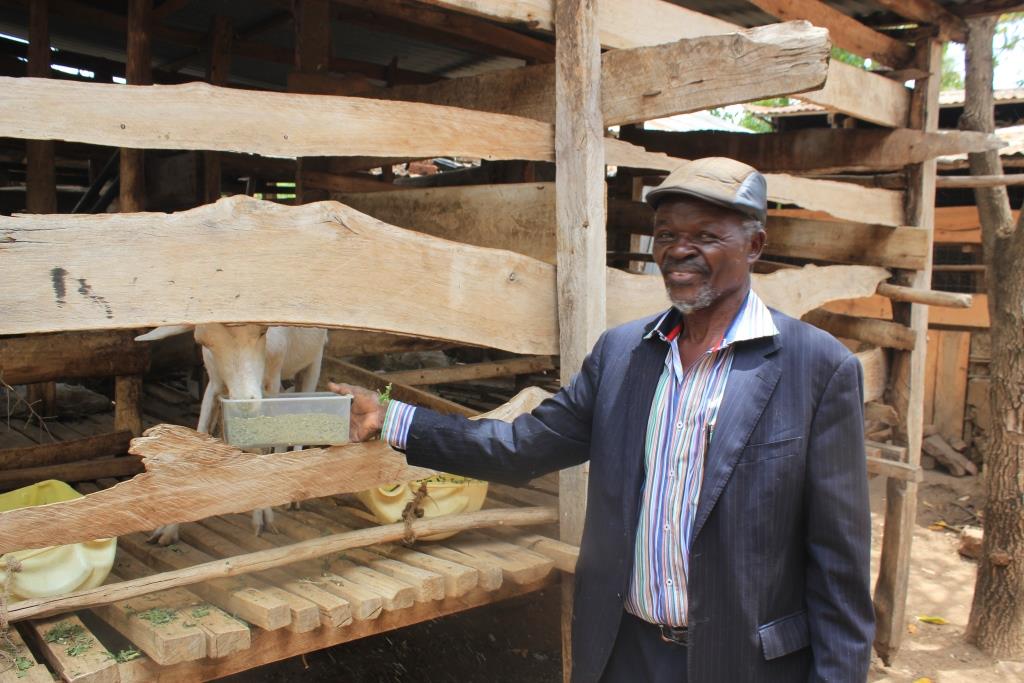 The seventh of eight children, Ouko Elisah Joram (known to his friends as Joe) has always loved farm animals. As a child, he liked following after the cattle and goat herders. After completing high school, Joe went on to train as a teacher and earn his BEd. Yet his love for animals–and specifically goats–brought him back to farming.

Traditionally, dairy goat keepers in Kisumu, Kenya, feed their goats fodder, tree branches, and shrubs. Like his neighbors, Joe used his ancestors’ formulas for creating his goat meal. However, in 2009 a severe drought struck his community, which depleted fodder materials. Conflict among neighbors rose as they competed to collect scarcely-available shrubs. Desperate for a solution that would both eliminate conflict in his community and allow himself and his neighbors to feed their goats, Joe began experimenting, eventually creating an alternative which he calls Locally Formulated Dairy Goat Meal, or LOFODA-G-MEAL, made with crops that are always readily available in his community–whether there is a drought or not.

To produce his LOFODA-G-MEAL, Joe harvests, chops, and dries the fresh fodder separately. The dried fodder is then ground, with all components still kept separately. Finally, Joe mixes a specific ratio of each ingredient, which he then feeds to his goats. Joe’s goat meal is unique because of the ingredients he mixes and also because it is fed to goats as a full-day feed, not just at milking time. 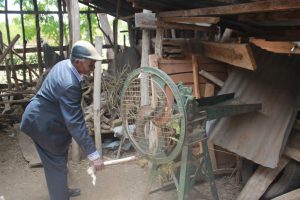 Joe’s innovation has had several important impacts in his community. First, it helped reduce the conflicts in his village that were spurred by lack of resources needed for traditional goat meal. Second, his goat meal had the secondary and unintentional effect of improving goat milk production. This in turn has improved families’ health and nutrition and enhances their food security and food sovereignty.