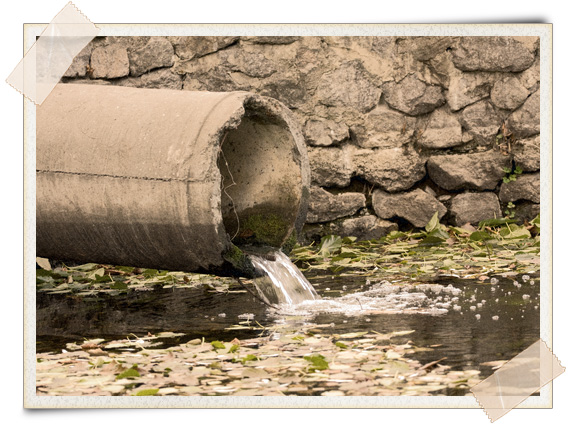 The Small-Scale Production of Food, Fuel, Feed and Fertilizer

Vietnam faces waste management problems of almost unimaginable complexity, and consequently this dynamic country must go far beyond the usual practice of burning or burying waste. In this first installment of a series, a waste management concept is proposed that involves the integration of several well proven technologies such as mesophilic and thermophilic composting, black soldier fly and red worm bioconversion, duckweed water filtration, gasification and lactic acid fermentation. These technologies will enable Vietnam not only to solve its waste management problems, but also to transform many different types of waste into resources of great value.

INTRODUCTION
There are many options available to us in the disposal of solid waste. But one of the most problematic and dangerous ways of dealing with waste is to dig a hole and bury it. The soil which nourishes and sustains us should never become a depository for waste. Once the soil comes into contact with waste, it becomes just as toxic as the waste that it entombs. Rainfall floods this hole and washes deadly chemicals and microbes into aquifers, streams, rivers and even oceans. Anaerobic bacteria proliferate in this watery grave, emitting methane and other greenhouse gases. Instead of solving a problem, we create a problem so big that it becomes thoroughly impossible to fix. Instead of wisely managing money, we uselessly throw it away.

Often we look outside of Vietnam to find models that make sense in dealing with waste. But Europe and America have little to offer. For many decades they have dug holes and buried waste. Only recently have they begun to understand in depth the health and environmental consequences of burying waste. They are just beginning to admit that the concept of a “sanitary” landfill is anything but sanitary. For within a few decades after the plastic sheet lining this hole is laid down, it breaks, and there is no feasible way to repair leaks underneath such a mass of rotting garbage. Over time hundreds of hectares in the vicinity of this hole, as well as thousands of kilometers of streams, rivers and aquifers, are irreversibly polluted.

While Europe and America struggle to solve their waste problems, Vietnam and other developing countries in Asia have a completely different set of options available to them. To the extent that Vietnam views waste, not as waste, but as one of the most valuable resources it could ever possess, it puts itself in the enviable position of leaving Europe and America far behind.

But for waste to have value, it must be dealt with in a commercial manner. As in any commercial enterprise, we need technologies and strategies that will allow us to minimize cost and maximize profit. Obviously the first big cost that we can eliminate is the huge cost of collecting, transporting and burying waste. Estimates extended out to the year 2020 situate at about $30 US dollars (600,000 VND) per household per year. To the extent that waste management authorities do not collect, transport and bury waste, they obviously save huge sums of money.

If we seek to maximize profitability, we must understand that waste is highly variegated, and that there is no single technology, no magic bullet, that will do the job. Each type of waste quite often demands a specific technology or combination of technologies to deliver the highest profit. At times the products derived from waste might command a price as high as $500 US per ton. At other times they might have a value of no more than $25 US per ton. But one thing is certain: there is no type of waste that must be handled and processed at a loss.

Assembling the right technology for the right kind of waste, however, is not enough. There’s a powerful socio-economic reasoning specific to a country like Vietnam that we cannot ignore. It involves tapping into the entrepreneurial spirit of the Vietnamese people who never walk away from the smallest opportunity to make money. It is this spirit that distinguishes the Vietnamese from the affluent people of the West who easily turn a blind eye to the value of waste. Let me give an example.

I know a middle-age lady who regularly walks the streets in Dalat in search of waste. She shoulders a flexible bamboo plank, and at each end is a large basket or sack filled with waste. She does not rely on garbage trucks to assist her in carrying out her task. She does not even use a push cart. She works for no one but herself, and makes on average about 60,000 VND or $3.00 US per day, a lot more than most laborers in a rice field.

Many tend to view the 20,000 tons of waste generated each day in Vietnam as a large-scale problem demanding state-of-the-art garbage trucks, huge bulldozers, and massive craters that swallow endless quantities of waste. Nothing could be further from the truth. Vietnam has a large population (84 million inhabitants), but very little in Vietnam is large-scale.

Agriculture is still Vietnam’s most important sector (almost 22% of its GDP), and more than two-thirds of the Vietnamese people work in this sector. There are over 11 million household farms in Vietnam, and about 90% of these farms cultivate less than one hectare of land.1 Rice is grown on about 84% of agricultural land,2 and it is cultivated in a highly labor-intensive manner. Almost all planting, fertilizing and harvesting operations are done by hand. Very seldom does one see on any of these 11 million household farms a tractor, a truck or some other large piece of equipment.
1 See: http://www.aares.info/files/2004_marsh2.pdf
2 See: http://www.cid.harvard.edu/neudc07/docs/neudc07_poster_vu.pdf

By contrast, rice farms in the USA can encompass hundreds, and at times, thousands of hectares. They employ large tractors and combines. Planting and fertilizing are not done by hand as in Vietnam, but by airplane.

If we attempted to employ this large-scale model in Vietnam, rice production would drop to nothing, and tens of millions of people would be unemployed. The large-scale model makes sense, perhaps, in Louisiana and Arkansas, but it makes absolutely no sense in Vietnam.

Likewise, the large-scale model of dealing with waste that we see in the United States and Europe, when applied in Vietnam, is equally problematic. The lady referred to in the above example operates on an extremely small-scale. Yet she and many others like her are among the few in Vietnam who approach waste at the proper level or scale, and actually know how to sort and collect waste profitably. It should surprise no one that this lady used to work as a laborer in a rice field. When she migrated to Dalat, she did not have to undergo extensive training in order to collect and sell recyclables. The transition was smooth and quick, and she now earns far more money than before.

If the technologies that we assemble to process specific types of waste are to be used effectively in Vietnam, they must align themselves with the socio-economic structure of Vietnam. They must be small-scale, low-tech and easily operated by someone like the lady in the above example. And most importantly, they must target all of the waste that she does not currently recycle.

Most of the technologies we will examine in this series are not new, but when aligned and integrated properly, they become powerful tools both in ridding our planet of pollution and in empowering the poor. Only to extent that environmental and social objectives become inseparably intertwined, do developing countries like Vietnam have a chance of addressing properly the many challenges they face as they enter the 21st century.

In the next installment of this series we will examine MESOPHILIC STORAGE AND REDUCTION, and the incredible economic opportunity it presents for residential waste management authorities.

Dr. Paul Olivier began his career in mineral preparation in 1981. In 1986 he invented and patented a unique bi-directional dense medium separator which was first applied to the separation of a variety of root vegetables. He has also designed technology that was not only used to recycle non-ferrous metals, but also used to prepare an organic stream clean enough to be used as an alternative fuel in cement kilns. In 1995 several trials were conducted in Belgium on 30,000 tons of municipal solid waste free of food waste. But the problem of what to do with source-separated food waste remained.

In 1997 while visiting his sister in Louisiana, Olivier saw a compost bin that she had set up in her garden. There he saw thousands of larvae, eating food waste and reducing it to almost nothing within a period of just a few hours. These larvae were the black soldier fly. Dr. Olivier set about designing several types of bins to exploit this behavior. In 2001 he invented the round bioconversion unit commonly referred to as a biopod. This device enables mature larvae to neatly self-harvest into a bucket without any mechanical or human intervention. Dr. Olivier’s passion to design technologies to empower the poor instead of making large corporations wealthier drove him to begin designing waste transformation technologies for impoverished nations.

He began designing top-lit updraft gasifiers for the gasification of rice hulls, coffee bean husks, and other types of agricultural biomass. Initial designs have focused on placing this technology in the hands of households and small commercial enterprises. Other technologies that Dr. Olivier has been improving on are mesophilic storage units for source-separated biodegradable residential waste, urine-diverting composting toilets, thermophilic composting using the simple and inexpensive technology of a compost fleece, and lactic acid fermentation of food waste.

Currently he is working with Todd Hyman and Loren Cardeli, where they are designing recycling systems turning waste to profit to empower poor rural communities in developing nations. This series of documents are authored by Dr. Paul Olivier with the help of both Todd and Loren. They are currently setting up a social entrepreneurship business to market and spread these technologies around the world.

Throughout all of his environmental endeavors, Dr. Olivier has always been self-employed. He has never been on the payroll of a company or university. He has never received grants or subsidies in the development of any of the environmental technologies he has promoted. Up until now he has always been able to utilize profits from one venture to fund research on behalf of the next. In a sense this has not been difficult to achieve, for he has always viewed waste, in all of its many forms, as our single greatest resource.