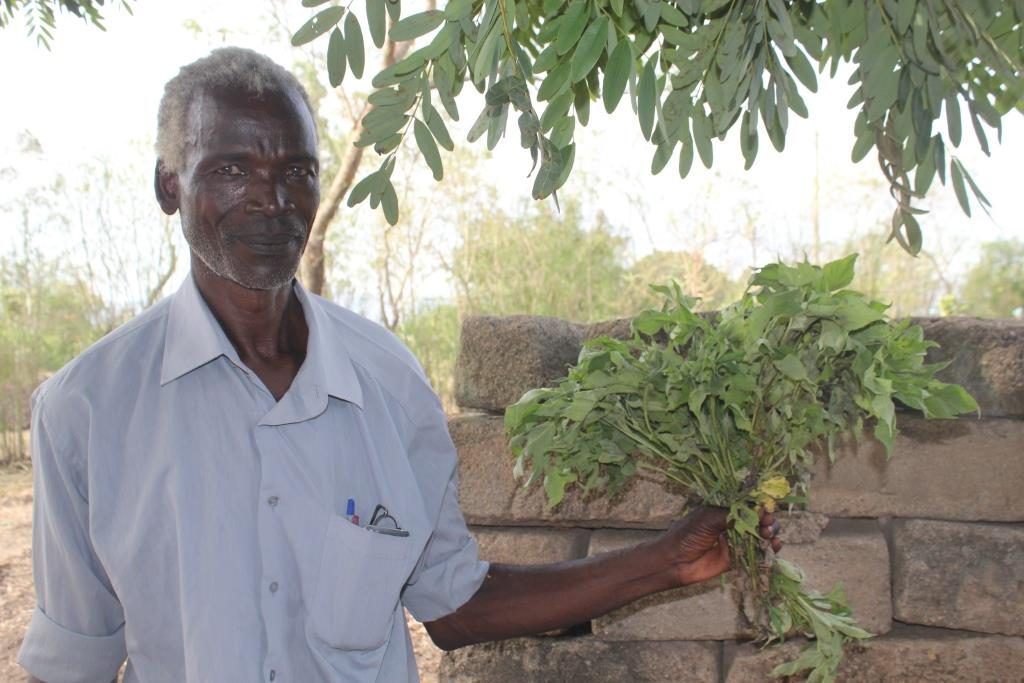 Nestled along the shoreline of the Winam Gulf, Lake Victoria, Kisumu county is lush, green as far as the eye can see. Here, farmers have utilized the unique properties of local plants for centuries, using them for anything from medicinal remedies to agricultural purposes. Sixty-seven-year-old Charles Juma Wao remembers his grandfather using the tithonia plant (known locally as onialo) to cure stomach pains. As a child, he thought little of his grandfather’s concoction. As Charles grew older, he saw industrial agriculture–with its heavy reliance on pesticides–take hold in his country. This change got him thinking; he began to look at his grandfather’s concoction with an open mind. If the tithonia was able to cure stomach pains, it was likely killing off unwanted microorganisms inside the human body. Could the plant’s sterilizing properties have a similar effect on crops? He began experimenting and, early in 1990, he had an organic pesticide formula that worked.

Charles created an organic pesticide by mixing crushed tithonia plant leaves with chili peppers. Next, he adds water and leaves the mixture ferment in a cool place for a week. The final product is sprayed onto crops to keep pests at bay.

Farmers throughout Charles’ community began to show interest in his organic pesticide. Little by little, community members showed interest in Charles’ innovation. When farmers saw their neighbors’ successfully combatting pests with the concoction, they too mimicked his production process and began using the pesticide on their land. Now, “people rarely buy the industrial pesticides from the shops,” says Charles.

Charles’ community showed interest in the organic pesticide because it’s a low-cost, locally-sourced, easily-made, and safe way to combat pests on their farms. And the innovation has lived up to these expectations. First, this innovation has saved the farmers money: They are able to find the ingredients locally and cheaply and they are also able to use it in place of expensive industrial pesticides. Additionally, it isn’t time consuming, a very important factor for farmers: Farmers can quickly mix the ingredients together and leave it to ferment without much care or supervision. Finally, the organic pesticide is safe: It is made from plants and does not contain toxic ingredients (to humans, animals, or the environment).

When asked about the impact of his innovation, Charles said, “My community now benefits more than me.”