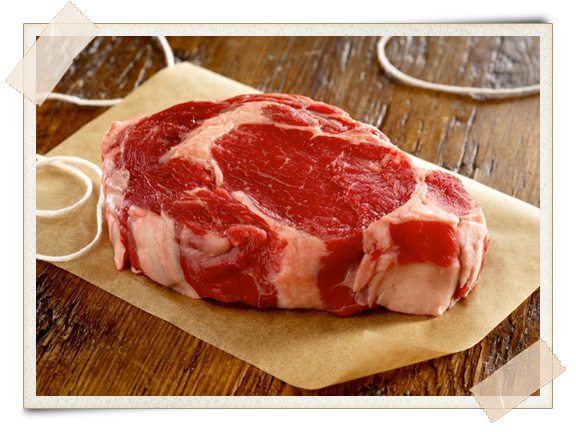 Little more needs to be said about the atrocities of confinement animal feeding operations (CAFOs) or any other part of industrial animal production in this country. Numerous articles and books, such as Fast Food Nation and Omnivore’s Dilemma, have called into question different aspects of this system. Lately, movies like FRESH and Food, Inc. have also done a fine job of shedding daylight on these reprehensible ‘factories’ from which too many of us eat. We need alternatives and resistance to such practices. Consumers vote with their money. More and more of us are deciding each year that we can no longer elect such a food system. It is not healthy for us, for the animals or for the environment. It is also detrimental to the farmers and rural communities from which these factories drain all available wealth.

Some thoughtful consumers are choosing a passive form of resistance to factory farms, opting for vegetarian or vegan lifestyles. However, plant based diets come with their own set of challenges. Most vitamins, minerals and nutrients can be obtained from plants but, several are more difficult to absorb or find in sufficient quantities. Omega-3 fatty acids, for instance, are available from a very limited number of plant sources such as flaxseed oil which can be hard to find and expensive to purchase, not to mention difficult to work into the diet. Vitamin B12 can be even more challenging. In fact, since it only occurs naturally attached to animal proteins, those avoiding animal products must either purchase a supplement or consume processed foods that have been B12 fortified. Calcium, found in large quantities in dairy products, is also difficult for vegans to obtain in healthy quantities. Many plants such as spinach, rhubarb, and most nuts and seeds, contain either phytic or oxalic acid, both of which inhibit the body’s uptake of the minimal amounts of calcium they offer. Iron is another mineral that, although present in many plants, the body has trouble absorbing. Dietary iron comes in two forms: heme, found in animals, and non heme, found in plants. The efficiency of absorption by the human body is as much as 17 times higher for heme sources of iron than it is for non heme (1). There is a better way to include these in our diets, a way that satisfies our body’s needs as well as our social and ethical desires.

Choosing not to spend money on a product is a form of passive economic resistance. However, by choosing to spend money on a competitor’s product, you are utilizing active economic resistance. The idea of active resistance is often associated with violent protests, such as Seattle’s 1999 WTO riots, but it need not involve violence. It can be economic and make a strong statement. By not turning your back, you are effectively saying the product is too important to let go, it has too many benefits. I propose this as a more productive solution to the problem of CAFO’s and factory farming. There is an alternative. Grass based farming systems produce higher quality, more nutrient dense meat that comes from happy, healthy animals that are actively restoring and enhancing the ecosystems in which they exist. In supporting this, consumers also give the farmer more money, strengthening the economic base of rural communities and creating a stronger, more robust and vital alternative to our current food system. All of these benefits come with eating the right meat.

Nutritionists and doctors have told us that eating meat is bad for our health and has been linked with numerous diseases. I don’t wish to call into question the research they cite as it comes from sources that know far more than I about conducting proper studies. No matter how reputable these studies, it is safe to assume the meat used came from the same factory farms that feed 99% of Americans. 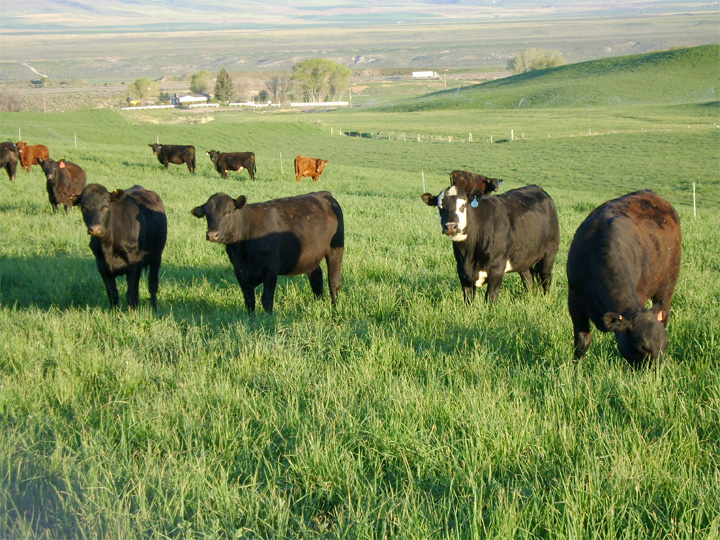 A surprising number of other studies cite the health benefits of eating pastured animal products. High omega-6 to omega-3 fatty acid ratios in animal products have been linked to an increased risk of cancer, cardiovascular disease, allergies, depression, obesity and auto-immune disorders. In wild game, the original source of meat for humans, this ratio is very low. In grain fed beef a study showed it to be as high as 14:1. Grass fed beef from the same study had a ratio of only 2:1 (2). In one of the most comprehensive comparisons to date, the USDA and researchers at Clemson University compiled a list of reasons why, when compared with animals fed grain, grass fed meat is the healthier choice (3). They showed pastured meats to be :

Eaten in moderation, pastured meats, unlike their industrial counterparts, show a number of additional health benefits, beyond alleviating the challenges of plant based diets listed above. Conjugated Linoleic Acid (CLA), found almost exclusively in animal products, has been the focus of much research and appears to have numerous benefits. There are at least 16 different ‘kinds’ of CLA, each with slightly different properties. The kind found in pastured meats and dairy products, cis-9 trans-11, appears to be a strong cancer fighter. Compared with another common form of CLA, it was a third more effective in blocking the growth of human cancer cells (4). Another study found that raising dairy cows on pasture increased the CLA concentrations of their milk to more than five times that of cows raised on a conventional dairy diet (5). Even eggs from chickens raised on fresh pasture have been shown to be healthier than the industrial alternative. A British study showed them to contain greater amounts of both folic acid and vitamin B12 (6), amongst other benefits.

I also wish to address a common misconception. Grass finished meat is often claimed to have a considerably tougher texture. Many believe finishing animals on grain makes the meat much more tender. Scientists in New Zealand and Australia think otherwise. They claim marbling, the product of grain finishing, accounts for only about 10% of the meats tenderness. The rest is due to a variety of factors including whether or not the animal has enjoyed a stress free life on lush pastures (7). It should come as no surprise that animals that spend their entire lives outside on pasture rather than crammed into barns or feedlots, wallowing in their own feces, are not only healthier, happier and tastier but experience much lower stress levels.

The benefits of grass fed meat extend well beyond our own bodies. Properly managed animals on pasture mimic the cycles under which most pasture forage evolved, creating a more robust, complex and resilient ecosystem on grass based farms. According to a recent publication by National Sustainable Agriculture Information Service’s ATTRA program (8) there are seven major ecological benefits to pasture based livestock systems.

Many vegetarians have chosen meat free diets as a way to avoid the environmental degradation and gross misallocation of resources, such as grain and water, associated with the CAFO’s. Not only do those problems fall away in grass based systems, but many become benefits. For instance, pollution from manure runoff in massive feedlots threatens water quality and ecological biodiversity. On pasture, however, manure serves to fertilize, creating a more resilient and diverse plant and soil ecosystem.

Carbon sequestration is yet another wonderful benefit of pasture based farming. Animals in feedlots are fed an enormous amount of grain. Typically, the farmers growing this grain will plow, disc, plant, spray, harvest and till under each crop annually. Every time the soil is opened, as with plowing, disking and tilling, a significant amount of carbon is released into the atmosphere. With each pass over the fields the farmer’s tractor is also releasing carbon. On rotational, grass based systems the pasture forage is constantly pulling carbon out of the air and sequestering it in the soil. Managed properly, these systems also require little tractor work. By eating good meat, we support environmental restoration not degradation.

There are two systems of meat production in this country and they could not be more different. One offers a nutritionally deficient product associated with numerous diseases. It pollutes the environment, contributes to climate change and produces unhealthy animals that are treated reprehensibly. It siphons as much money as possible from farmers and rural communities. This system is so economically unsustainable that it requires enormous federal subsidies in order to exist. In 2009, the federal government paid more than $4 billion to farmers growing corn (9). Even if only 10% went to producing meat, the taxpayers contributed $400 million. We all own a part of this industrialized corporate animal welfare system, something we should be embarrassed to admit and anxious to change.

Grass fed animals are the alternative. These animals live happy and healthy lives, their meat is nutritionally dense, and their mere existence, with proper management, helps to fight climate change and increase the health of grassland ecosystems. Every bit as important is the fact that grass based farmers get more money for their products. Instead of money leaving their communities it is coming back in, allowing their children the option to farm as well. These are truly sustainable farmers, both in environmental sustenance and in propagating a new generation of farmers who will act the same. They are business savvy entrepreneurs who are competing with the biggest and most loathsome industrial food system in the world. And, against all odds, they are slowly gaining market share. Buying and eating grass fed meats is a win-win-win-win situation. It’s good for the consumers, good for the farmers, good for the animals and good for the environment. As more of us actively resist the factory farm paradigm, pasture based meat production is becoming the alternative to passive vegetarian resistance.

Chad was born on a sheep and cattle farm in rural eastern Kansas. In spite of his best efforts, he could not escape the fact that his past was his destiny. He now farms and writes in Boulder County, Colorado.