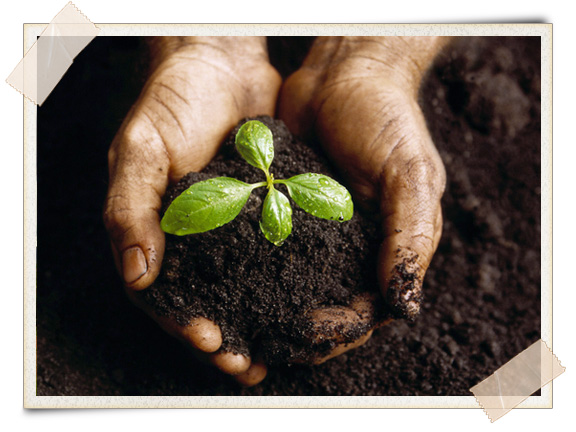 On a yearly basis a human produces roughly 500 liters of urine and 50 liters of feces. These two products contain enough nutrients to grow most of the plants that this person needs as food. But instead of utilizing these 550 liters as a resource, we mix it with roughly 15,000 liters of water, and all goes down the drain. Before it reaches the sewage plant, if there is one, this slurry gets mixed with hundreds of pollutants along the way.

The conventional sewage plant rarely retains or destroys all bacterial and viral contaminants, it produces a large amount of sludge generally unfit for agriculture, and it causes severe pollution in freshwater and seawater ecosystems. This end-of-pipe solution recycles nothing. It takes valuable resources and transforms them into pollutants. As fertilizer prices rise throughout the world, and as water becomes an increasingly scarce commodity, this unsustainable approach makes no sense.

Modern agriculture gets the nitrogen it needs from ammonia-producing plants that utilize fossil fuels such as natural gas, LPG or petroleum naphtha as a source of hydrogen. This energy-intensive process dumps carbon dioxide into the atmosphere, it consumes a finite hydrocarbon resource, and it is not sustainable.

Modern agriculture gets the phosphorous it needs from phosphorous-bearing rocks. But these reserves are rapidly dwindling and increasingly contaminated with pollutants such as cadmium. In as little as 25 years apatite reserves may no longer be economically exploitable and massive world-wide starvation is predicted to follow.

If we are serious about achieving sustainability in this regard, our first, and perhaps most important duty, lies in not mixing urine with feces. Within the human body these two wastes are produced and stored separately, they are excreted separately, and afterwards they should be contained and processed separately. A double-outlet toilet, one for urine and the other for feces, is all that is needed.

The feces receptacle, except for the lid, is exactly the same device used for the mesophilic storage of household biowaste, and if carefully utilized and cleaned out, the one bin could receive all bio-waste from the household, including human feces. Such a toilet is ideal, especially in an rural setting where a toilet in many cases is nothing more than a platform above a catfish pond or a hole in the ground. Quite often people in a rural setting do not even use a toilet of any kind. There are enormous environmental and health problems in Vietnam associated with outdoor urination and defecation.

This toilet can be manufactured as a pedestal toilet or a squatting toilet. Since, in the case of a squatting toilet, the feces receptacle has to bear the entire weight of a person, it is best constructed out of brick.
The feces storage bin is inhabited by BSF larvae within about 20 days after its construction. BSF larvae eat human feces within an hour or two after it is introduced. This is a powerful factor in eliminating odor.

Urine could be collected from urine-diverting toilets, diluted and directly applied to certain crops as a source of NPK. Simple soil insertion techniques prevent the volatilization of ammonia. Urine, or a mixture of biochar and urine, can be used as an important source of nitrogen in thermophilic composting operations. 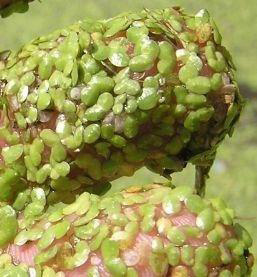 However, if the transport of urine is not feasible, there is another approach, and it allows for the complete processing of urine on site. This approach involves a tiny aquatic plant that is one of the fastest growing plants on earth. As it floats on the surface of the water, it extracts NPK and other nutrients from water through all surfaces of its leaf. Given sufficient sunlight, it can reduce quantities of NPK in water down to almost undetectable levels. This amazing plant, found throughout the world, is called duckweed.

Under optimal conditions, certain duckweed can double in mass within a period of only 16 hours. Its protein content is one of the highest in the plant kingdom (sometimes as high as 45%). It is also rich in beta carotene, xanthophylls, as well as vitamins A and B. It contains very little fiber and indigestible matter.

In this approach, urine would be flushed from the urine-diverting toilet into a small duckweed pond located near the toilet. Since duckweed covers the entire surface of the pond, very little ammonia would volatilize and give rise to unpleasant smells. The duckweed harvested each day makes a wonderful feed for chickens, pigs, fish and, of course, ducks. Duckweed can be dried, ensiled, blanched or fed fresh.

We talk a lot about sustainability, but we will never achieve true sustainability until we learn to give back to nature in a closed loop everything that she needs to sustain us. Giving back to nature all of the nutrients within our own waste is perhaps our first and most important duty as citizens of planet Earth.