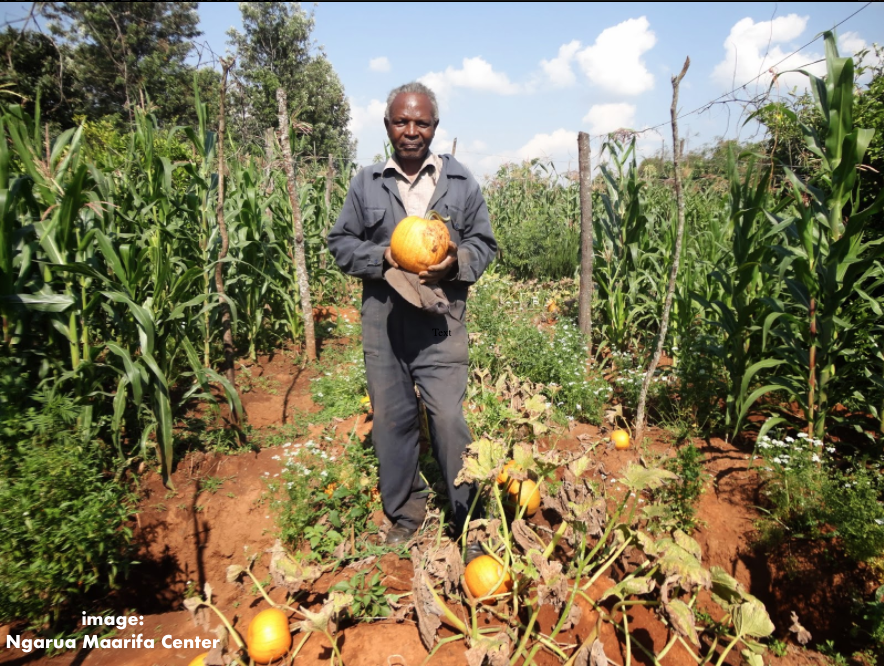 Throughout the rainy months, Sipili, Kenya, is lush; there is green as far as the eye can see. Yet each year when the dry season rolls around, farmers in the arid region of Laikipia struggle to irrigate their crops. Too often, lack of water leads to inadequate food supplies, and families suffer from starvation and famine.

During the 2006 rainy season, farmer Francis Kiarahu watched as rainwater rushed down the street outside his home. Realizing this precious resource would be scarce in a few short months, he began to wonder how he could save this unused rainwater for the dry season. That was when he came up with the idea to harvest the runoff water.

Francis decided to dig a water pond on his farm to “catch” the water. Next, he dug trenches from the road that would direct the water to his pond. In 2007, he was able to harvest some water, but the pond was too shallow and much of the water dried up before the end of the year. The following year, he deepened his pond by 10 meters, and the pond has not dried up since. After the success of the first pond, Francis dug more trenches and terraces on his farm to capture runoff water whenever it rains. The trapped water recharges the water table across his farm. He also allows his livestock to drink from the ponds, ensuring a steady supply of milk for himself and his family. (Any excess, he sells to community members in need). In 2010, Francis decided to add tilapia to his pond, creating an aquaculture system. Now, Francis is the only farmer in his community who is able to grow vegetables during the dry season.

This innovation was originally documented with the help of Prolinnova and Arid Lands Information Network (ALIN).

By harvesting runoff water, Francis has helped improve his community’s food security. He is able to grow an excess of vegetables during the dry season, which he sells to neighbors. His farm is also often used for agricultural demonstrations, which has enabled farmers across his region to adopt his technique.