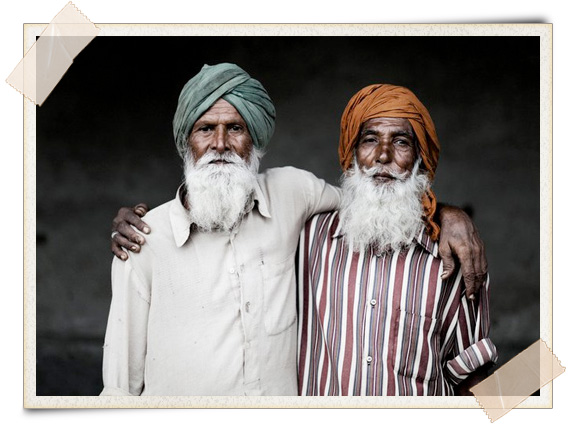 I call my work on agriculture “The Source Project.”

It is their knowledge that I want to show to the majority of people who have become absolutely disconnected from the source of our food  – not the controlled knowledge of large corporations with their policies so far removed from the realities at ground level.

After ten years of working as a photographer and filmmaker in what is fashionably known as ‘development’, I have finally come to the realization that much of what I was involved in was little more than ‘managed poverty.’  I started to realize that I was becoming a part of that system and as I looked around me and interacted with media, development, photographers and filmmakers, began to understand that it is an industry like any other. I began to question the work I was doing and the absolute disconnect between those who commissioned me and those I was there to document.

My work is all about visual documentation; documentation in a way that I hope brings out the complexities of an issue in a dignified and compassionate way. I want it to create a softer entry point into a world very much removed and foreign to the people who watch them, while leaving space for people to question and explore deeper.

There is a definite agenda out there and it’s all linked to GDP growth and little else. The people working in these organizations seem to have once experienced living in the field, when they were studying but now have fallen into a semi- academic middle class existence, more worried about their position within the organization than the issues they were being paid to fix. 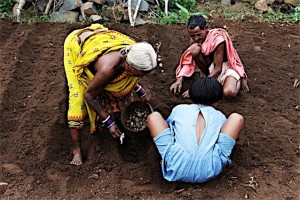 Agriculture is central to everything, our health, environment, resources, culture, work and security. It is the essence of life. Over the coming decade, we will experience the most fundamental change to these systems and our future security. It is little more than ecocide and in a few years time, just a few aggressive transnational corporations will control life. But the media keep us ignorant and very successfully disconnect us from the realities of the so-called globalization. We are being lied to and brainwashed into thinking that money and technology are the only solutions. They are not and never will be. The problem with the solutions to our crisis is that the majority of our populations must be empowered and become part of the complex mechanism, this does not fit the model of a corporate dominated and controlled future. If we do not act now, we will lose more than ten thousand years of agricultural progress along with a biosphere and ecosystem that is life.

When someone asks me what my future plans are, I have to confess that I don’t really know where all this is going.  All I can say is that I felt I needed to change and begin doing something to re-connect to what we are about to lose. This is all very much work in progress.

I just want to keep going. I want to be partnering with organizations that have impact. And yes of course, all this is not possible without funding- at least to cover costs.  But equally important is that we need to come together and begin to produce films and communicate effectively. It is amazing how much of disconnect there is between the media and these fundamental issues.

Here are some of my videos for “The Source Project”

VIDEO 1 Natabar represents the essence of “The Source Project.” He lives absolutely true to his cause, is totally unfunded and driven by nothing more than a need to protect his community, his environment and his country’s seed heritage. Natabar continues to find, save and share his indigenous rice seed with local farmers. To date he has managed to re-introduce over 350 varieties.

natabar sarangi – the source from jason taylor on Vimeo.

VIDEO 2 We just managed to get an interview with Devinder Sharma before heading south. Sharma is a well respected food and trade policy analyst in India. We wanted to try and get some sound bites from him to communicate the key issues surrounding the first and second green revolution. These are extremely complex issues and much editing took place, but feel we have managed to compress it into something a little more digestible.

Not a very Green Revolution from jason taylor on Vimeo.

VIDEO 3: Upendra lives with his family in a remote area of northern Orissa. While riding on a bike for another project, I noticed families sitting in the mid-day sun smashing what looked like rocks with hammers. My friend told me that they were breaking the soil, soil that had become so lifeless and dry due to the use of chemicals that without adopting these desperate measures, it would be impossible to farm. Farmers like Upendra are beginning to re-introduce worm culture(vermi-culture) that has been used in sustainable, organic agriculture for thousands of years.

Upendra has Worms from jason taylor on Vimeo.

VIDEO 4: I had gone all out to make a feature length documentary about the global agricultural crisis, but was on my own and had little understanding on how to get the funding and then build it. This short film was meant to be a trailer for a funding pitch. There were just too many seasoned film makers lining up. I didn’t get chosen, but I’m happy to share it with you now.

Agriculture has become Agribusiness and more than a billion farmers’ livelihoods and environments are now being threatened worldwide, from Europe to Uruguay. This film is one minute with one of the millions of farmers who truly understand sustainable agriculture. This is The Source.

the source from jason taylor on Vimeo.

About our Guest Writer 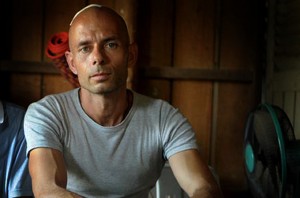 JASON TAYLOR is a London based documentary filmmaker, who has over the past decade been commissioned by several international agencies such as UNICEF, UNAIDS, UNDP, SCF, Action Aid, Concern Worldwide, and IDRC Canada. The Source Project is a series of short videos and imagery that emanate from his strong desire to break away from ‘institutionalized’ media representation of issues, and to reflect in a dignified and compassionate way the realities concerning farmers and our food system.  The websites are TheSourceFilm.org and Occurrent.org. He can be contacted at [email protected]