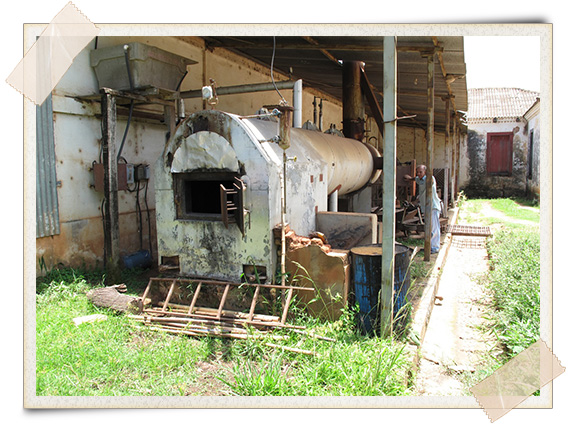 “No society can become a post-food society. … Fertile land is a very precious and very scarce resource .. It needs to be protected and conserved as an asset of the farmers and as a national heritage to be passed on to future generations.” – Vandana Shiva

Modern agricultural farming practices have depleted soil quality on a global scale.  What it took nature 1000 years to create, took modern farming 30 years to destroy.  Soil, everywhere, is in need of drastic and rapid quality improvement in order to meet the increased demand for agricultural food products.

A solution is stepping up to the plate, a solution in the form of Biochar.   Simply put, biochar is the charred remains of what is formed when plant material or other waste products are heated in an oxygen free environment, a process called pyrolysis and offers an organic soil amendment that boosts crop yield.

The process takes material that would otherwise be left to decompose and in turn, release CO2 back into the atmosphere and locks that carbon into a rich in nutrient, biochar, that can be utilized in a number of applications across agriculture and horticulture to aid in soil restoration.   Owing to biochar’s unique physical and chemical nature, a great surface area and complex pore structure, it has the ability to absorb moisture and life-supporting nutrients like nitrogen and phosphorus.  By adding biochar to soil, land stewards can reduce soil acidity, reduce soil leaching and the need for irrigation and fertilization. 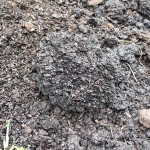 The process of creating biochar has the ability to sequester tons of carbon from the atmosphere every year, whilst simultaneously producing clean renewable energy that would replace fossil fuels.  Furthermore, biochar is celebrated for preventing groundwater pollution, providing low cost water filtration, reducing the amount of material cast to landfills, decreasing greenhouse gases and increasing profitability.

Since the industrial revolution, we have increased the amount of fossil fuel based carbon added to the atmosphere  per year drastically.  In 2012, the CO2 concentration in the air we breath reached 395ppm, putting us 45ppm over the ‘safe and sustainable’ limit suggested by scientists (Söderberg).   High CO2 levels are a key component to the greenhouse gases that are warming our planet and giving rise to climate instability.  We’ve reached the point where ‘carbon neutral’ just won’t cut it, the solutions of our future need to go that extra mile, when it comes to carbon – we need to be in the negative. 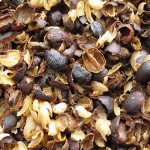 Unlike other biofuels and bioenergy, biochar does not necessitate valuable agricultural lands, food crops like corn, nor the deforestation of already valuable ecosystems.   Biochar is a great addition to an active farm, as it offers a valuable waste management system whilst producing a soil improving product and it does not compete with the vital food or ecological services being offered.

Fazenda Santo Antonio, an organic coffee plantation in Mococa, Brazil is currently testing an on-site biochar initiative with support from Swedish based biochar campaigners, the OpenWorld Biochar Coalition.  Brazil’s impressive agricultural resources and year round growing season make it an optimum location for developing and applying biochar.   By nature, coffee plantations generate a large amount of agricultural waste, and thus have great potential for carbon sequestration through biochar production.

Fazenda Santo Antonio has been run by the Pereira Lima family since it’s inception in 1822 and stands as the first farm in Brazil’s Mogiana region to start producing coffee.  Up until 1990, the farm operated as a high-input conventional coffee plantation, but after a succession of poor growing seasons moved them to reevaluate, they made a bold and considered decision to turn their backs on conventional agriculture.  In 1993, with the farm in the hands of a new generation, Joao Pereira Lima, the farm’s most recent successor introduced a new farm philosophy, Agriculture da Grande Natureza, which translates to Great Nature’s Agriculture.  The core value of this new system is simple, when faced with a problem – bring life to the situation, not death.  Although this new agricultural philosophy has significantly boosted the productivity and life-systems on the farm, there is still decades of conventional agriculture practices to undo.

The biochar initiative at Fazenda Santo Antonio hopes is only in its infancy and still largely in testing, however, the product is currently being used to support the soil quality of the on-farm organic vegetable garden and is having a measurable impact on the quality and yield of crops.  In testing, the team discovered that the mountain of coffee husk discards already appear to ‘combust’ in a slow pyrolysis process when left to their own devices, producing biochar.  When the project proceeds to the next level, the coalition intend to retrofit the original coffee processing equipment to act as pyrolysis equipment for producing biochar.

On-site biochar production allows farmers to attain a valuable soil-improving substance to apply to the land from the waste materials that are in abundance in agriculture, without any additional transportation and negligible additional costs. 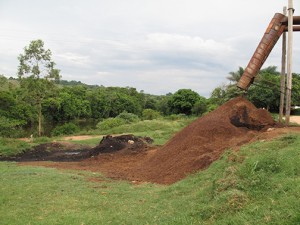 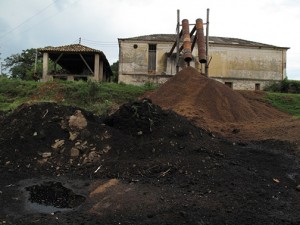 Biochar has great global potential and thus far has seen success with families,communities, peri-urban micro farmers, commercial agricultural units and private enterprises.  Biochar production can be as simple or complex as needed, it has a role to play with subsistence farmers in the developing world using hand-made kilns, as with medium-large scale agricultural businesses utilising more advance processing units right up to the private commercial companies that have built elaborate biochar processing plants to generate electricity and bio-oil.  It’s believed that biochar was first utilised by pre-Columbian Amazonians in South America’s rainforest basin to enhance soil productivity, this is not a solution limited by time nor modern technological advancements.  The process is ancient and its’ positive effects long withstanding.

It is said that biochar is the “win-win-win” strategy.  It has the potential to produce clean energy without subtracting from the world’s insecure food supply, it is a waste management solution, it mitigates climate change through the sequestering of carbon and it creates an ecologically friendly soil amendment that boosts crop yield, which in turn supports global food security.