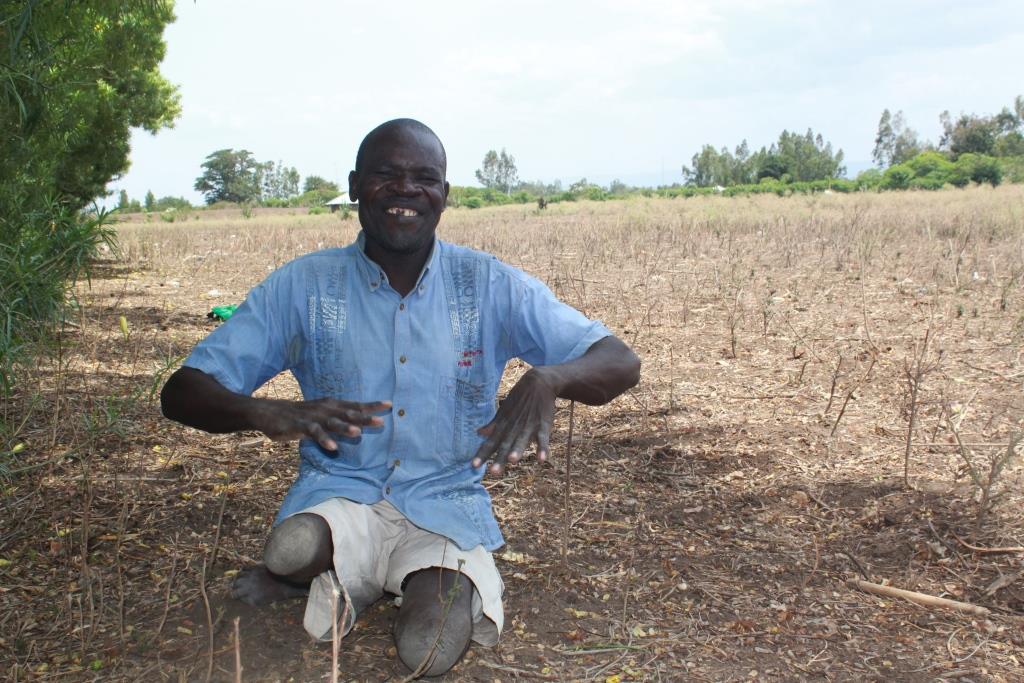 Michael, now 45 years old, began using his innovative tubar farming system five years ago, but the idea has been brewing for decades. Growing up on a farm, Michael and his five siblings would help his parents with chores and tasks. The duties remembers most clearly (and least fondly) are filling the gaps in the millet lines. When his parents would plant millet using the line method they would skip some lines, leaving gaps. This unplanted space could be used to transplant strong millet seedlings from elsewhere on the plot that became overcrowded with weeds. This transplanting was time consuming, and Michael knew there must be a better way. This experience from his childhood drove him to experiment and find a more efficient way of planting. He calls his solution the tubar farming system.

Michael starts a small nursery of his crops, planting his seedlings in potting bags with a rich compost. He feeds and waters these seedlings until the rainy season begins. (For his crops, which take about three months to grow, he matures them in the nursery for about one month). At the start of the rainy season, he transplants these seedlings into his main farming plot. He then allows them to fully mature until it is time to harvest the crops.

Michael’s innovation has positively impacted his life in many ways. Most notably, it has improved his efficiency as a farmer. He no longer wastes time transplanting seedlings that are overrun with weeds. Since 2012, when Michael first began using his tubar farming system, other farmers began to take notice of his time-saving technique. Now, many in his community have experimented with his farming method, testing it and adapting it for their own varieties of crops with great success.