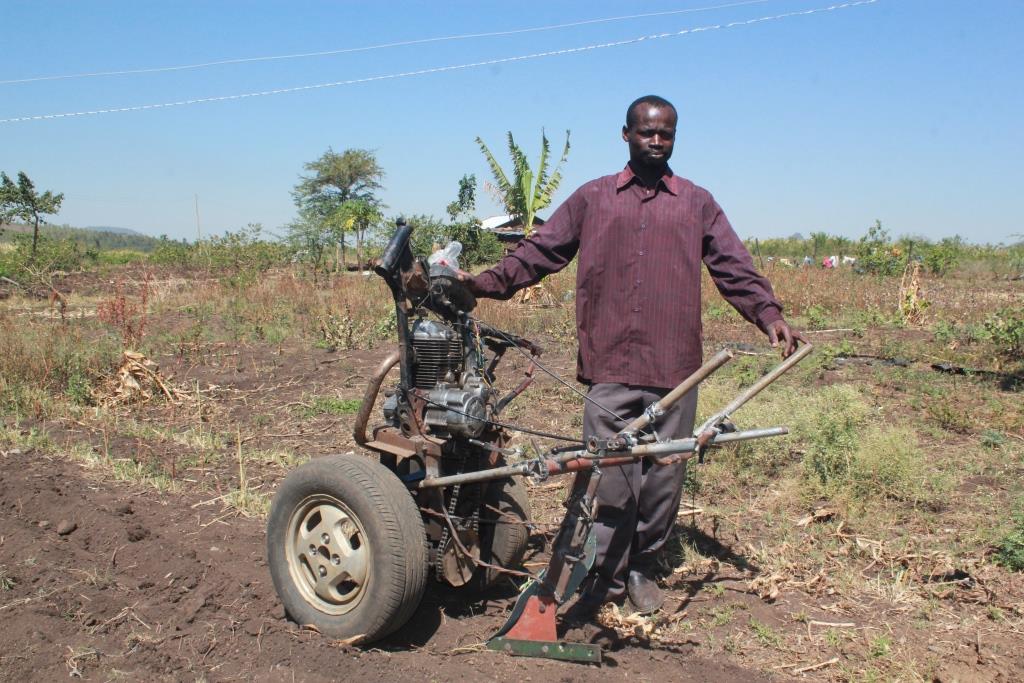 As a boy, Nicholas always wanted to be a mechanical engineer. He enjoyed tinkering around with machines, experimenting to see what he could make from broken parts and scrap metal. Yet his studies took him in a different direction: education. Once he began his schooling to become a teacher, his mechanical engineering hobby took a back seat.

Today, Nicholas has a career as a school teacher and maintains a small farm plot on the side. For years, he hired outside help to bring in oxen and plow his fields. After too many years of these workers plowing his fields too late, Nicholas began to consider other options. How could he plow his land in time? Thinking back to his childhood hobby, he decided he would build his own walking tractor.

Nicholas searched his neighborhood for scrap metal and old machine parts he could use to build his tractor. He was able to find an unused motorcycle engine, a scrap metal chassis, and a hand plow. Nicholas welded the motorcycle engine on top of the chassis, which he then attached to the plow. Now, he is able to use this walking tractor in his fields and get his farm plowed in time. 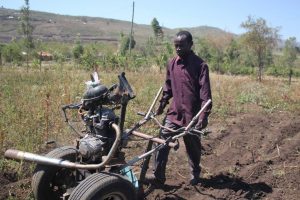 Nicholas’ hand plow has helped him tremendously. Before, he had to hire outside help to get his fields plowed, which cost him money. His walking tractor enables him to plow his farm himself, reducing the number of workers he has to hire each year (he has been able to cut back from five to two). Additionally, his farm was always plowed too late, making it difficult to balance his job as a school teacher with his farming. Now, he is able to easily plow his fields on time each year. A third unintended benefit is that Nicholas is able to use his walking tractor for weeding as well. When he is not using his tractor himself, Nicholas lends it out to other community members.